Yellowbrick, in collaboration with New York’s Fashion Institute of Technology (FIT), today announced the launch of Gaming and Esports Industry Essentials, a program designed to explore the expansive and lucrative world of Gaming and Esports. The program will help prepare game fans, players, and aspiring designers for the gaming industry, which is expected to generate $196 billion in revenue by the year 2022.

Gaming and Esports Industry Essentials exposes learners to a full host of roles and career paths, everything from game design to Esports team management. Learners will walk through a full survey of the industry, examine multiple roles, test aptitudes, and – ideally – determine a personal career fit. Upon finishing the program, learners receive a Completion Certificate from FIT.

“FIT is committed to expanding and diversifying its offerings to meet the needs of the adult and non-traditional learner,” said Daniel M. Gerger, director of FIT’s Center for Continuing and Professional Studies. “These new and customized offerings reflect the depth and breadth of FIT’s unique curriculum, which continues to innovate in an ever-changing environment.”

“Today’s gaming world has torn down preconceived notions and proven itself to be a viable arena for creative and lucrative career paths. We’re thrilled to help open doors for the players, creators, and game enthusiasts who’ve made this movement possible,” said Rob Kingyens, President and CEO of Yellowbrick. “Few industries generate as much passion for young people as gaming.”

The course offers a sequence of project-based activities and assignments analyzing the basics of game design, marketing, and project management. They will gain the knowledge necessary to develop, plan, and execute Esports events – including social media content development to entice fan interaction. Instruction also covers the history of gaming, game story concept and iterative development, marketing and distribution, and the business opportunities that exist in Esports communities.

“Passionate gamers come from all walks of life, but many don’t know how to transition from recreational player to industry participant and many don’t receive the same informational and educational opportunity to enter into the Esports and gaming space,” said Erin Ashley Simon, gaming TV anchor, host, and advocate. “What’s great about this program is that it offers an inside view and first step that anybody can understand, and it enables learners to imagine a place for themselves in the wider gaming world.”

Instructors featured in the program represent a wide array of talent, specialties, and leadership from across the gaming community. In addition to Simon, contributors to the program include FIT faculty Maria Hwang and Dan Shefelman; General Manager & CEO of WorldGaming and Collegiate StarLeague Wim Stocks; Esports Player and commentator “Tasty” Steve Scott; Andbox Head of Marketing Francis Thai; Rockstar Games’ Sanford Santacroce; and many more. Simon, Scott, and Thai will also be offering scholarships in their name, lending financial support to learners who need help entering the program.

All course materials and instruction will be provided online, which means that students can complete lessons at their own pace and fit the course into their daily lives.

Visitors to yellowbrick.co/gaming can sign up now for an exclusive preview of the program. The first group of students will be admitted in July. 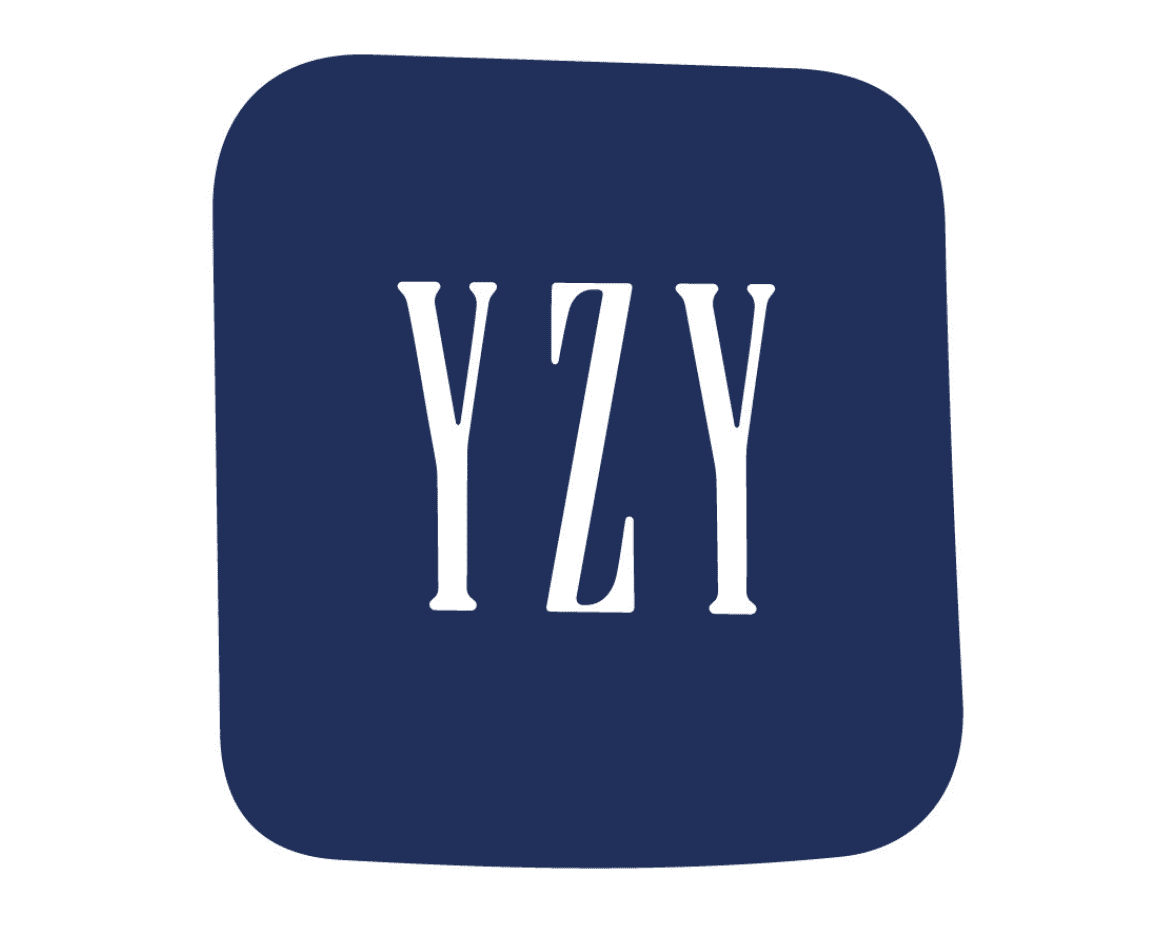 “Let’s Go back, back to the Gap”, Kanye West (Starships)

In a post hashtagged #WestDayEver, the @kanyew.est IG account confirmed what most of us already knew. The streets have been talking about this but today, we have confirmation. Kanye West’s Yeezy brand has officially inked a 10 year partnership deal with GAP. Ye decided to bring his Yeezy apparel line to the clothing store chain as a possible ode to his teenage years.

Like most of us, Kanye worked his teenage years at the GAP, but in Chicago. If a career in the fashion industry was something you wanted, the Gap was referenced as the place to start. From folding boards to merchandising the store windows, the Gap was the perfect place to get both retail and design experience. In the partnership release, Gap cites West as a “disruptive force across music, footwear, fashion, architecture, and more”. This seems like the perfect union as the Gap brand has been somewhat of a retail disruptor as well.

Kanye has had success with his Yeezy brand with an adidas partnership in the footwear department. It will be interesting to see what he can do with his apparel collection. Yeezy apparel was set at a pretty high price-point. Hopefully this partnership will make it a little more affordable for all to enjoy. Release dates are still being tossed around but we can expect to see the first drop sometime in 2021. 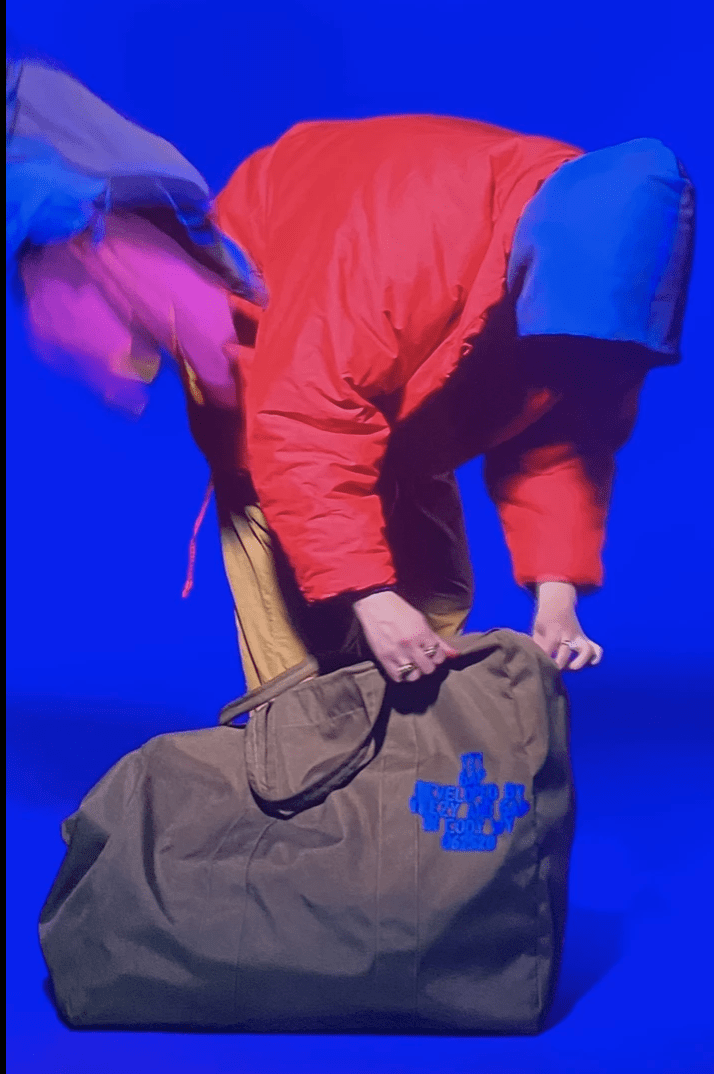 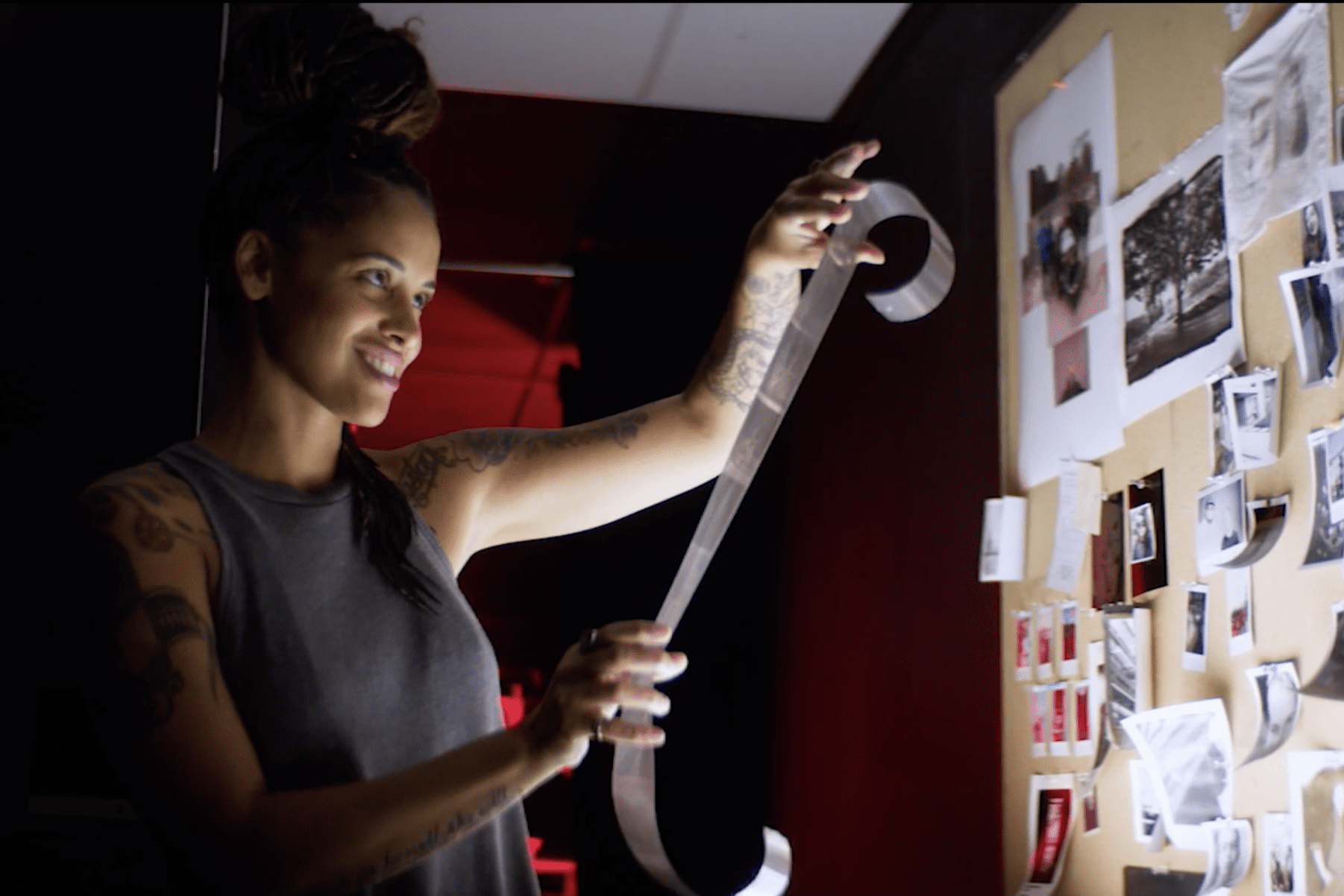 Yellowbrick, in collaboration with New York University Tisch School of the Arts, and Penske Media Corporation’s IndieWire and Rolling Stone, today announced the launch of Film and TV Industry Essentials, an online program that will cover multiple, interlacing roles and careers within the $100 billion Film & Television industry. 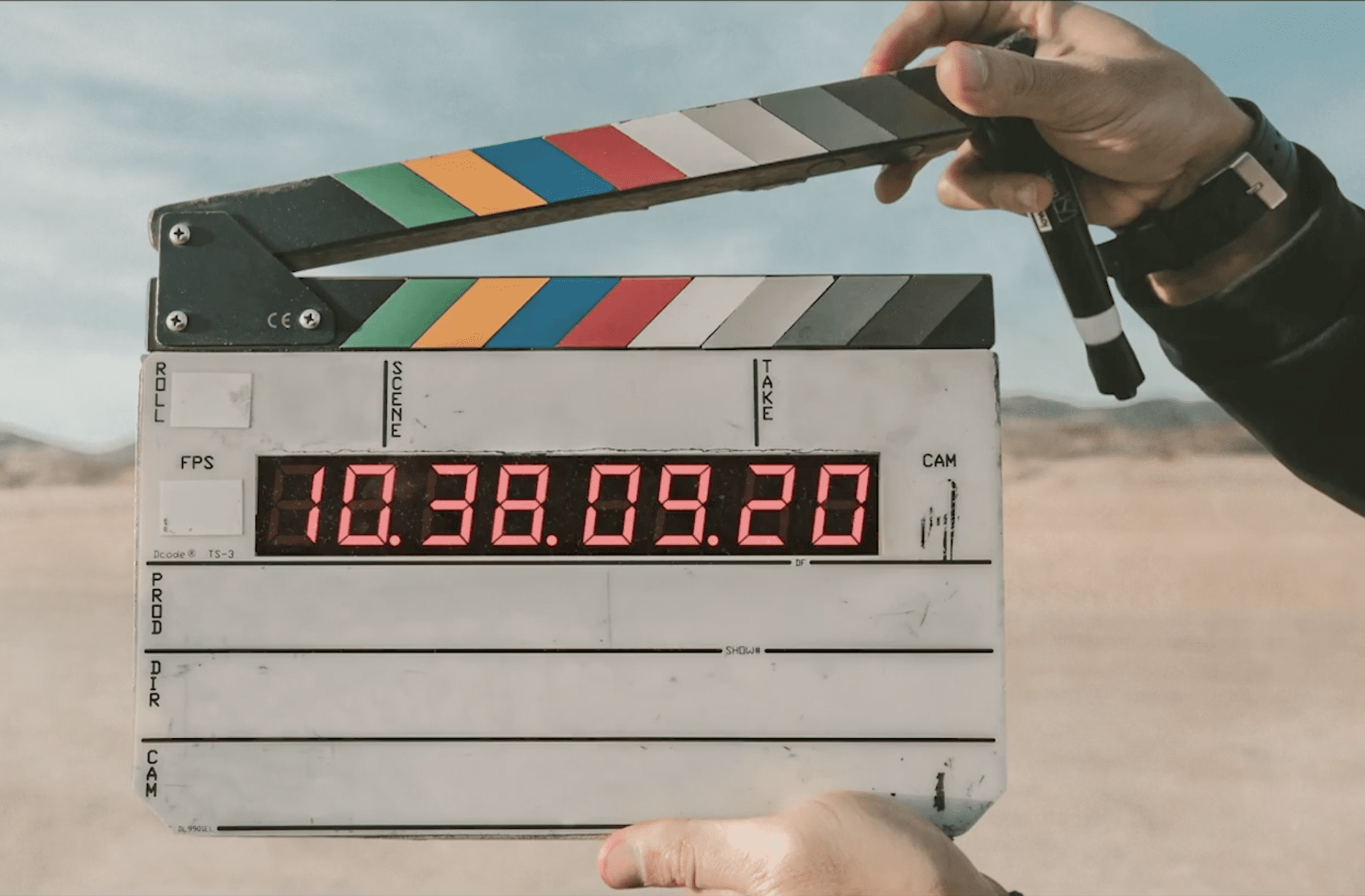 The program will help aspiring directors, producers, writers, and entertainment executives better understand their own aptitudes, demonstrate knowledge, and explore career paths. Upon finishing the program, learners will receive a completion certificate from NYU Tisch.

“Film has the power to critique, inspire, interpret, and bring to life a range of critical perspectives. At NYU Tisch, we mentor young artists in the traditions and innovations of the rapidly-shifting media landscape; equipping them with the tools to hone their craft in visual storytelling, discover their individual voices, and develop conviction in the unique stories they have to tell,” said Dean Allyson Green, NYU Tisch School of the Arts. “This program will open up the knowledge and mentorship—provided by our outstanding faculty and alumni—that NYU Tisch is renowned for, in order to help aspiring filmmakers gain insight into the evolving film and television industry and discover how they can apply their unique talents.”

Because of the course’s accessibility and Yellowbrick’s proven track record of attracting learners from diverse backgrounds, Film and TV Industry Essentials will likely draw in talent that may not have otherwise found routes into the industry.

“Given the complexity of this industry, even the most ardent Film and Television fans aren’t always aware of career paths they might be great for, and if they lack certain resources or connections they might never find out,” said Rob Kingyens, President and CEO of Yellowbrick. “We’re delighted to work with NYU Tisch School of the Arts – one of the world’s leading schools in this area – and Rolling Stone and IndieWire – leading media brands – to educate ambitious learners on what this industry has to offer them.”

The course will take learners through the rich histories of both Film and Television; exploring theories, genres, criticism, and cultural influences and impacts. From there, the program modules will delve into the development of productions – scripting, storyboarding, casting, visual story structure, and more – and then into all the vital elements of preproduction, production, and postproduction.

Students will learn the roles and mechanics behind creative aspects like editing, sound, scoring, and visual effects; as well as business concepts such as film finance, studio management, talent representation, clearance and copyright, and more. Finally, learners will explore the intricate processes that put finished entertainment products in front of the public; examining film and television marketing, sales, publicity, alternative distribution, streaming, and more.

“We’re excited to bring Rolling Stone’s dedication and expertise in entertainment to NYU in partnership with Yellowbrick and IndieWire with this online course,” said Gus Wenner, President and COO of Rolling Stone. “Giving our readers the opportunity to gain insight into the career fields they’re passionate about is another way Rolling Stone is providing fans with more of what they love.”

“IndieWire is proud to work with Yellowbrick, Rolling Stone, and NYU on this exciting new online course,” said Dana Harris-Bridson, Editor-In-Chief of IndieWire. “It’s a great way to show our passionate audience of film and TV fans how they can become a part of the industry they love.”

All course materials and instruction will be provided online, meaning students can fit the program assignments into their daily lives – offering the kind of flexibility needed right now during the pandemic. The course content itself is also optimized for the “new normal” of the entertainment industry, teaching techniques and strategies for handling projects remotely across the industry.

The way the program content itself was shot and constructed is an example of this of-the-moment approach: Yellowbrick created a “contactless” recording experience to capture interviews. A first for Yellowbrick, the team developed this process using technology provided by OpenReel, a New York-based platform that enables footage to be directed and filmed remotely.

Visit Yellowbrick.co/film to sign up now for an exclusive preview of the program. The first group of students will be admitted in September. 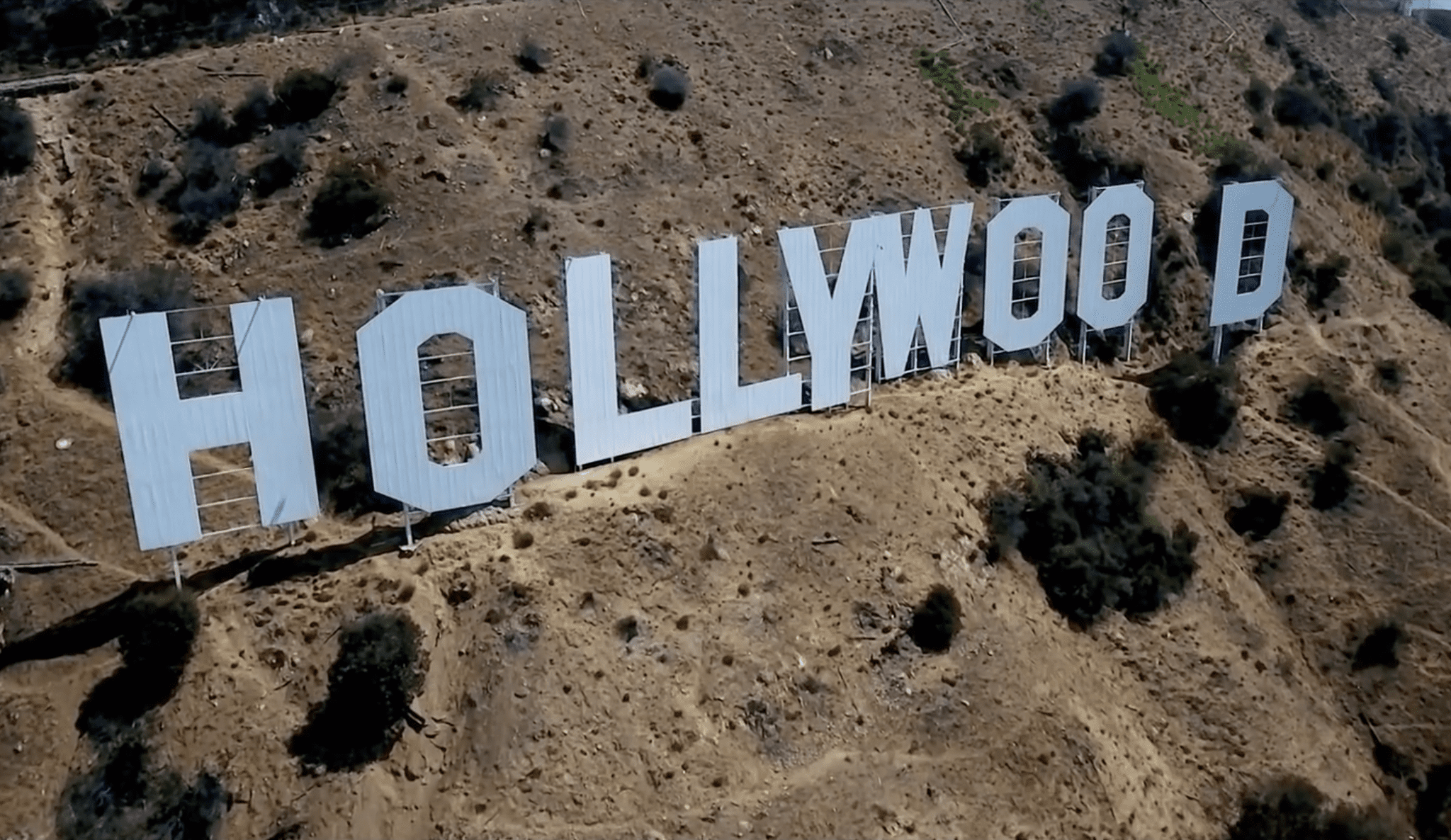 This may be a good place to introduce yourself and your site or include some credits.

Your certificate is on its way! You will receive a PDF certificate via your default email address. Please allow 7 days for processing.