Steve “Tasty Steve” Scott is an unequivocally passionate, high energy personality, commentator and video game enthusiast.  Building his reputation amongst legends in the Midwest FGC, it was only a matter of time before he crossed over from his hometown of St. Louis, Missouri to Los Angeles, California, evolving his childhood passions into an opportunity to teach and build relationships within the gaming industry.

Since then, “Tasty Steve” has served as a TBS analyst and commentator for the ELEAGUE Street Fighter V Invitational, offering weekly rankings on some of the best players in the world; hosted and interviewed during various events including the Dragonball FighterZ World Tour Finals; and utilized his dynamic personality as co-host of TBS’s “The Challenger” reality series

“Tasty Steve” is constantly active in his craft. Whether it is talking about the games he loves—such as Tekken, Guilty Gear and Street Fighter—or teaching them to other players, his excitement for the medium is as captivating as it is infectious.

From his analyses during the Wednesday Night Fights tournament series, Capcom Pro Tour events or even Tekken World Tour Finals, “Tasty Steve” Scott continues to further his passions, earning the respect of onlookers and his peers. Scott’s ambitious, self-written path has given him a platform to share his talents with the gaming world, and he aims to use that platform to expand the gaming audience all while making the scene a safer and better place for all who want to enjoy it.

The hope of this scholarship is to help a deserving someone With additional resources to further educate in the field of video game development & gaming/esports. To peruse a career/degree in gaming development esports/gaming. 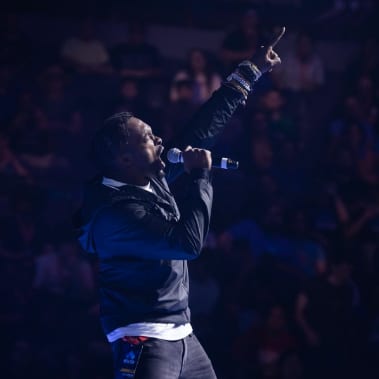