Ivan Curtiss has been a huge fan of the NBA 2K video game franchise since the game’s creation in 1999. During that time, he served in the United States Navy from 1997-2001, where he served four years with a Honorable Discharge as a Machinist Mate Petty Officer 3rd Class then moved back to his hometown, Dayton, Ohio. Ivan worked in the medical field as a STNA and Youth Care Worker for a Group Home, Seeds 4 Life.

His passion for NBA 2K never faded while in the medical field. Finally, in 2015 Ivan discovered his niche within NBA 2K. Toijuin Fairley a fellow gamer and a new found friend started The MyPlayer Basketball Association better known as The MPBA. The League was played through a new mode, Jordan Recreation Center.

The following year NBA 2K would add another popular mode Pro Am, where teams were able to brand by designing custom logos for their courts and jerseys. This allowed some of the best players in the game to team up and compete in a 5v5 game to see who had the best team in the world. Pro Am became one of the games most popular modes along with The MPBA. Ivan took on the moniker OG KING CURT and quickly became known for organizing Pro Am Leagues and Tournaments.

At 41 years old, OG KING CURT has become one of the most prominent figures in the community. He now owns MPBA2K Events, LLC along with Toijuin Fairley and OG KING CURT Enterprises. OG has been able to scout various players in the 2K community of both consoles (XB1/PS4). His League is respected and arguably rated the #1 Pro Am League in the world. During our time, he has had over 17,000 players participate, 800 teams compete and 15,000 games played. He has tremendous pride in promoting up and coming talent in the competitive community.

The inaugural season of the NBA 2K League displayed his Leagues dominance amongst all of the existing leagues. He had the honor of watching 65 of our former players compete at the professional level. The average team started 3 out of 5 players from The MPBA. He also had the pleasure of evaluating the 1st ever 102 draftees while serving as a Draft Analyst for BucksGG in the NBA 2K League inaugural season and now is in his 2nd Season as the General Manager & Head Coach for Brooklyn Nets Gaming Crew.

I want this scholarship to help open doors for students who wish to pursue a career in esports. This will spread awareness on the opportunities that exist in the world of gaming. 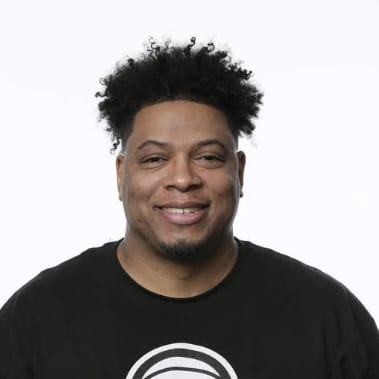