Menu
Applications for this scholarship are now closed, but you can still apply for other Yellowbrick scholarships here.

New York’s own Mike Cherman is making an impact on the streetwear industry. For him, streetwear has always been about making a connection with the people. Moving to California when he was in High School, he put his New York State of mind to work early. He was exposed to a variety of different styles and fashions, from skate to denim to tees. Being the new kid on the block, he didn’t have a lot of friends so he was looking for a way to connect. In an effort to get into the game, he started making his own t-shirts and selling them out of his car during lunch and after school.

Cherman’s hustle and guerilla style marketing helped him get Jeff Staple’s attention which was his segue into the streetwear industry. He learned a lot about his craft at jobs with brands like Good Wood, Nike, and 255 in NYC. His brand, Chinatown Market, is now one of the top streetwear brands in the industry. He operates as the founder and has a solid team of creatives. Within his brand, Cherman created the community that he was looking for as a young artist/designer, a place to be creative and be supported. 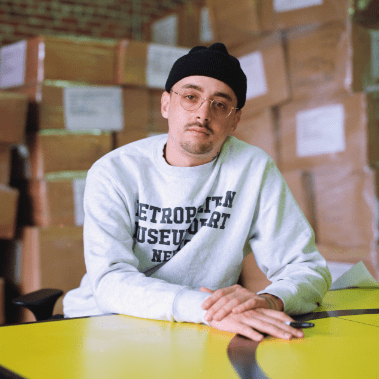 Michael’s scholarship is to empower up-and-comers to pursue careers in streetwear and related fields.

To apply: Enter your email below and then complete the scholarship form and short essay explaining what your career goals are and how you hope this scholarship will benefit your career.