Mandy Gonzalez possesses one of the most powerful and versatile contemporary voices of our time. Currently starring in the megahit Hamilton as Angelica Schuyler, Mandy also originated and starred as Nina Rosario in the Tony Award-winning Broadway musical, In The Heights, for which she received a Drama Desk Award. Mandy also starred as Elphaba in the Broadway production of Wicked, blowing the roof off of New York’s Gershwin Theatre each night as she belted out the signature song, “Defying Gravity.”

Mandy also received an OBIE Award and overwhelming critical praise for her performance in the Off-Broadway production of Eli’s Comin’, directed by Diane Paulus, and based on the music and lyrics of singer-songwriter Laura Nyro. Television viewers have the pleasure of seeing Mandy in the recurring role of Lucy Knox on the hit CBS drama, “Madam Secretary.” Equally at home on the big and small screen, she has appeared in “Across the Universe,” directed by Julie Taymor, “After,” starring opposite Pablo Schreiber, and “Man on a Ledge” with Sam Worthington. Mandy can also be heard as the voice of Mei in Disney’s “Mulan 2.”

A frequent concert soloist, Mandy has performed with symphony orchestras around the world and recently made her Carnegie Hall debut with the New York Pops. Mandy is a Warner Music East / West artist and released her debut album, FEARLESS, which debuted at #13 on the iTunes pop charts. 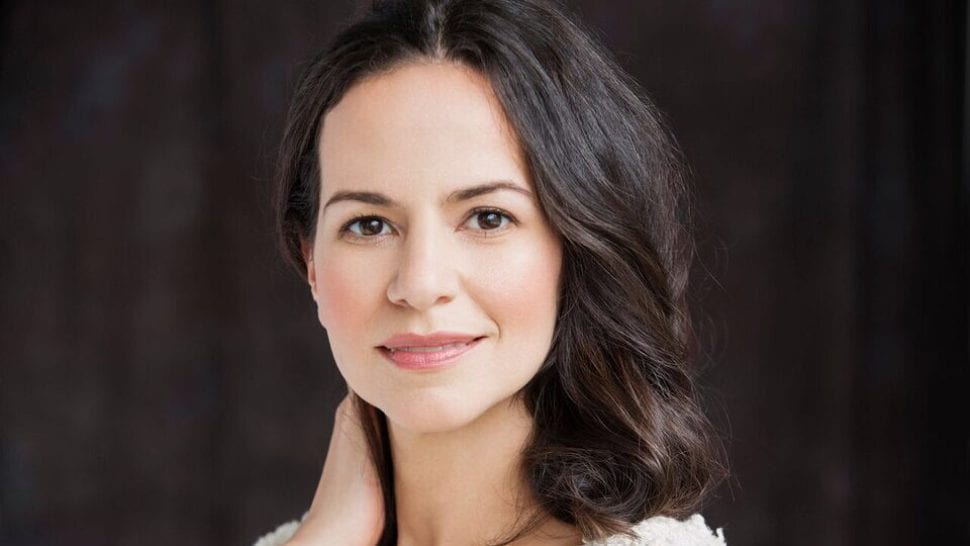 Mandy is also an author—she recently announced her Young Adult novel, FEARLESS, which will be published by Simon and Schuster.

In her quest to create positive change, Mandy is the proud founder of #FearlessSquad—a social media movement for inclusiveness and positivity. #FearlessSquad connects millions of people around the world, encourages them to be their best selves and helps them empower each other.

Mandy’s scholarship will help empower members of the Latinx community to pursue careers in the arts and arts-related fields that align to their personal passions.

Click below to complete the scholarship application form. Must be at least 13 years of age.