Menu
Applications for this scholarship are now closed, but you can still apply for other Yellowbrick scholarships here.

He founded STAPLE DESIGN STUDIO, INC. in 1997 (@Staple.Design), and has worked on creative projects with partners that include Adidas, Burton, ESPN, HBO, Kia Motors, Levi’s, LVMH, Microsoft, Nike Sony, Timberland, Uniqlo and others.

Jeff also founded a now globally respected streetwear brand called STAPLE (@StaplePigeon) that uses the infamous “Pigeon” logo as its mascot. STAPLE is available in over 1,200 points of distribution worldwide.

In addition, he founded REED SPACE (@ReedSpace) in NYC — the first experiential lifestyle boutique of its kind in 2002. Subsequently, he partnered with the TGS Group in 2017 to expand his retail footprint with CRUSOE & SONS (@CrusoeAndSons), EXTRA BUTTER (@ExtraButter), RENARTS (@Renarts1981), RISE (@RiseNY) & ROOTED (@Stay_Rooted).

Jeff is also a well-regarded thought leader. He is the host of HYPEBEAST’s wildly popular podcast “The Business of HYPE” (@hypebeast) and is one of the most prominent teachers on SKILLSHARE (@skillshare). He is also a frequent moderator, lecturer and keynote speaker at industry panels & corporate events. 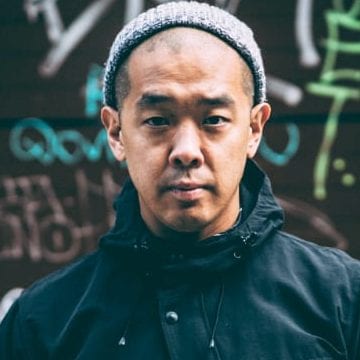 Jeff’s scholarship is to empower up-and-comers to pursue careers in streetwear and related fields.

To apply: Enter your email below and then complete the scholarship form and short essay explaining what your career goals are and how you hope this scholarship will benefit your career.
Facebook Twitter Instagram Linkedin