Gerard “HipHopGamer” Williams fell in love with videogames at the early age of 4 years old. Gerard’s youth was as raw as it gets. Abandoned by his mother in his tender years, Gerard found solace in music and in video games which were introduced to him by his grandmother Margaret Williams, known to many as the Hip-Hop Granny. It was through their strong connection that Gerard first picked up his Atari game remote, which became a way to keep her grandchildren entertained in the house instead of the brutal streets in Brooklyn, New York where he grew up.

In his early teens, Gerard developed a love for music, rap and sports. He soon delved more heavily into music as a way to express himself during the trials and woes of life. At the age of 14, his brother bestowed the nickname “JackalFlarez” (shortened to “Jackal”) upon Gerard because as he pursued a career in hip-hop his energy was electrifying and his rap style was like a ‘wild dog’. Soon after, Gerard received an offer for a major recording deal with MC Chan that soon fell apart, leaving him victim to industry politics.

Fast-forward, Gerard soon donned the moniker HipHopGamer (HHG) and never looked back. Though he never lost his love for music, pursuing that as a career would soon take the backseat to his goal of marrying his love for gaming with developing a career that would lead him to garnering the HHG brand as we know it today.

It was in December of 2007, that HHG would take to digital media to create his first YouTube video that drafted off of the G4TV platform but sprinkled in a more realistic and authentic view that HHG felt was missing from the program. One video led to another, and soon HHG started to develop a small fan base. E3 veteran and former owner of thebitbag.com, Torrence Davis soon spotted HHG’s work and offered him credentials to attend E3 for his first time. It was then that HHG strove to become a world renown brand in gaming media. 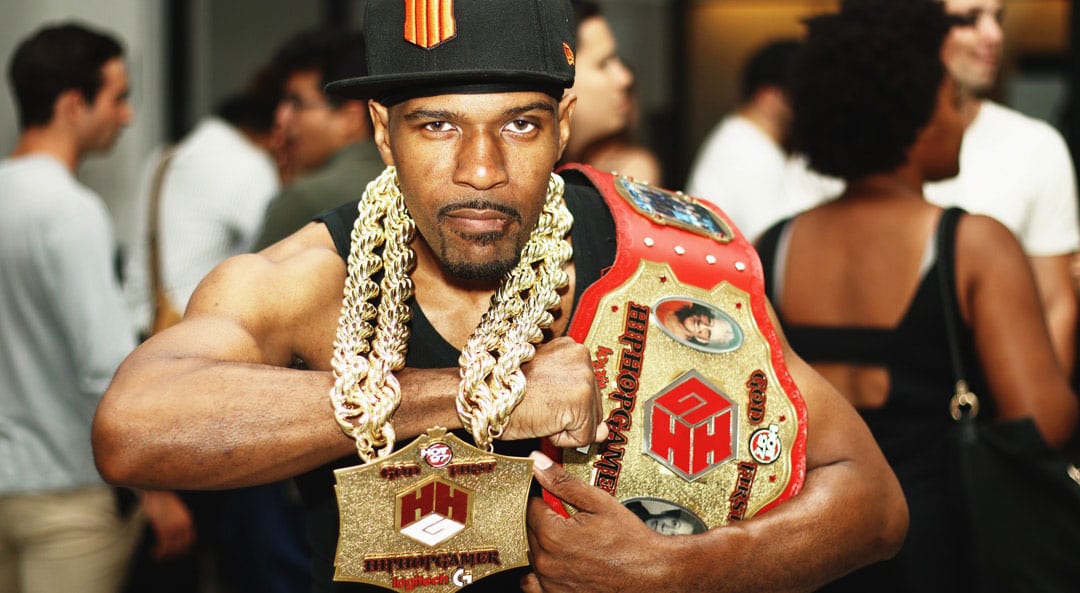 His early career had a few bumps in the road, but HHG soon found himself on track to merge his love for gaming, music, sports and entertainment in the most unique way ever. This passion soon led to curating custom content for films like Battleship and a host of interviews for such greats as Jerry Rice, Kevin Hart, Angela Bassett and a host of other A-list artists, legends and industry leaders. Soon thereafter, HHG fell under the radar of his hometown’s leading radio station Hot97, after an interview with TV host and DJ Peter Rosenberg of “Ebro in the Morning.” This conversation sparked an opportunity for HHG to become a contributor of original gaming content for Hot97.com, representing a peak in HHG’s career.

Currently, HHG is working to further develop his business acumen and to hone in on skills that will take him to greater levels. And, with dreams of developing his own empire, HHG has his eyes set on hosting his own talk show and continuing to break barriers in film, TV, music and gaming.

Today, still rough around the edges but now with a humbled heart and a mind to learn, he stands in the face of improving both his life and career while taking necessary steps to develop crisper professional skills & etiquette as part of his ongoing personal growth. HHG still lives on New York’s east side and is the father to one legacy, Marcus Trent Williams, of whom he hopes to also instill a love and passion for gaming, tech and music the way his grandmother passed on to him so many years ago.

To apply: Click the button below and then complete the scholarship form.