Don C, aka Chicago Don, is a streetwear designer that put Chicago on the map. After first stepping on the scene as manager for Kanye West, he continues to blaze a trail and light the way for the culture. From early on, he knew he had the customization bug as he would re-design his sneakers and clothing using scissors and nail polish.

Flipping baseball caps was a thing for him and that’s how Just Don was born. He would bring his custom hat pieces to the studio while Kanye was recording. Kanye debuted his Chicago Bulls Buck Fifty cap at the 2011 CFDA Awards and Jay-Z followed with the Yankee hat in the “Otis” video. After that, Don C managed to take his Just Don brand to the next level with collaborations with a slew of brands including Nike, Mitchell & Ness, and Timberland. To date, Travis Scott, J Balvin, 21 Savage, LeBron James, Billie Eilish, Big Sean, Naomi Campbell, and The Weeknd are just a few of the celebrities wearing his brand.

You can find Don C at his RSVP Gallery boutique, which he co-owns with Louis Vuitton Men’s director and Off-White CEO Virgil Abloh, in DTLA. 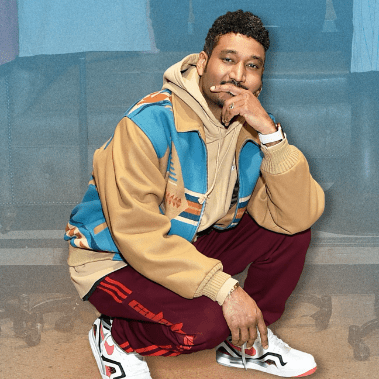 Don C’s scholarship is to empower up-and-comers to pursue careers in streetwear and related fields.

To apply: Enter your email below and then complete the scholarship form and short essay explaining what your career goals are and how you hope this scholarship will benefit your career.